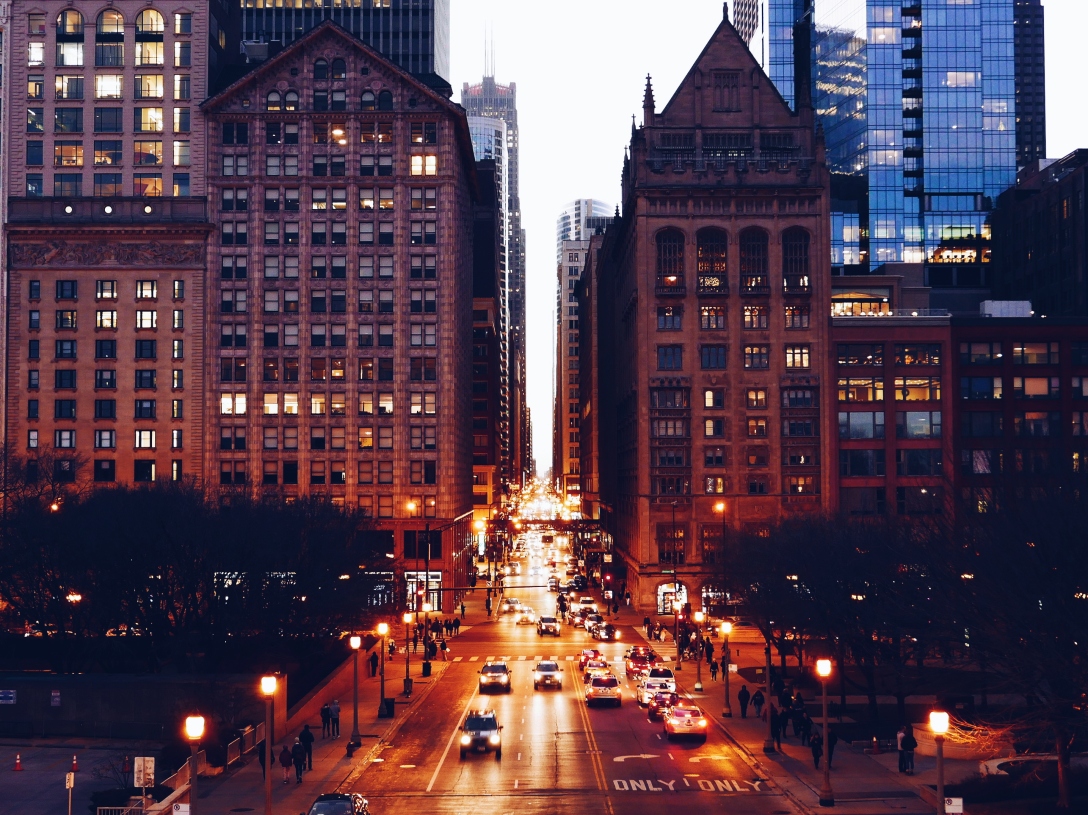 I wake up, most naturally, around 6:45 this morning and am consequently invited to witness a majestic sunrise. Lazy, grey clouds scatter across the horizon, their different textures stretched wide into a quilted panorama. The sky is a perfect parfait of colors: deep crimson borders the mountains just above eye level, while orange creamsicle peeks in and out of the rain clouds, fat with moisture; sky blue dapples the next layer with promises of a beautiful day ahead. All along my field of vision, various trees which had been silhouetted, begin to sparkle from the dew reflecting the early morning light. Pines, Spruce, Poplars, and a Weeping Willow quiver in the gentle breeze, bowing their respects to the sun.

My sleepy eyes take in more as I shift my gaze toward the south, beholding colors of pink and lavender. Light cotton clouds, almost nymph-like in their delicacy and charm, drift quickly toward the west. Are they concerned about being forgotten in this glorious light show? What must it feel like to be drawn so intimately into something so powerful as the sun? I sip my coffee and sigh a deep, satisfying sigh. Creation, new life, beauty. Lately my heart has been occupied solely with death, loss, and grief. It is a welcome sensation to feel the sun on my face through the window and to reflect on the ever-changing cycle of life.

This morning’s coral colored accents, tucked between the deep purple clouds and the orange horizon remind me of her. She loved coral and turquoise, often adorning herself in southwestern and African jewelry with those color schemes. I cannot believe that she is gone from this Earth, from our protective love. 92 years. That is roughly 33,580 sunrises (double that with sunsets). 67,160 times to have witnessed the miracle of morning and evening, of God’s mercy on this Earth. What an incredible amount of care He takes to show us His abundant love, to invite us into creation each and every day. And oh, how we take that for granted.

In this time of Lent, 40 days to revel in the life of Christ and his ministry on Earth (a mere 3 years before his death), I am challenged to take every day as a miracle, every day as a sunrise and a sunset: one a promise of new beginnings and the other a reminder of how fragile and brief this life is. I am grateful for Lent, for sacrifice, for our Lord and his brief—but transformative—journey with us. I am grateful for my family, my friends, my church—without whom I would not be the person I am today.

The sun is now hiding behind a layer of grey clouds, reminding me that winter is still upon us. But for now, I will revel in the memory of that gentle awakening, that miraculous rising of a new day, until it is time to greet the night. Selah.

“One thing I have asked of the Lord,

that I will seek after:

that I may dwell in the house of the Lord

all the days of my life,

to gaze upon the beauty of the Lord

and to inquire in his temple.” 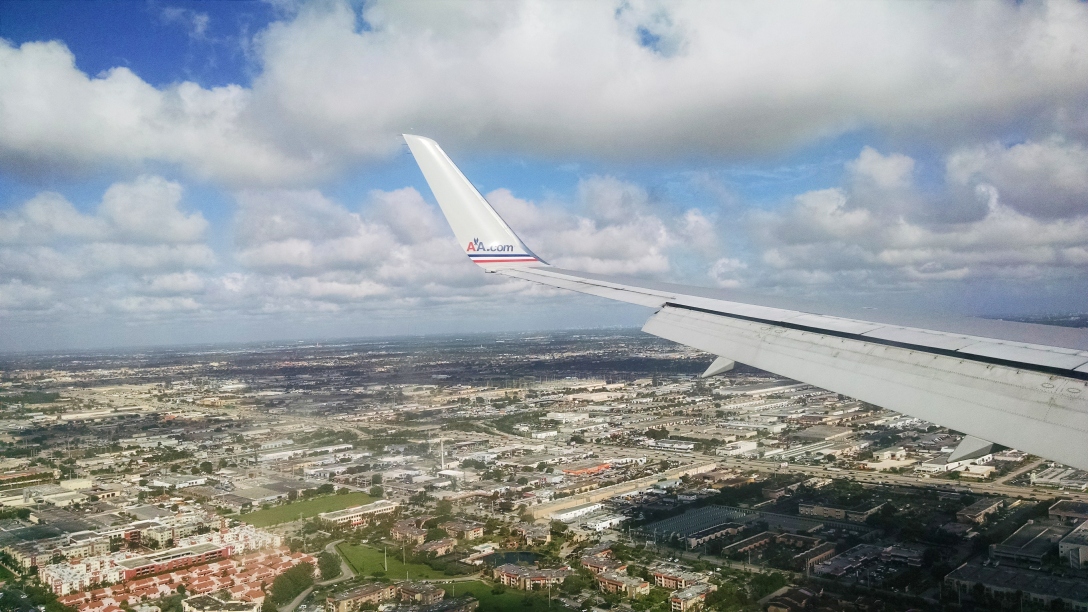 Many of you know that I have been gallivanting all over the U.S. this Christmas/New Year. I began in Oregon with my Mom, flew down to California for Christmas with family, took a cross-country flight to Florida to spend New Years with two of my dearest friends, road-tripped to South Carolina, then flew back to Chicago for a mere four days before heading back out West again. (Phew!)  Here are some pictures from my adventures:

Moonrise/sunset while flying to California

Last toe dip in the Pacific for a while…

Palms and MIami in the distance

Watching the sunrise on Juno Beach

Wave Runners on the Intercoastal

Tanning on the Intercoastal

Sarah and James on the wave runner

We were in desperate need of good coffee on our roadtrip 😉

One thing we ladies know how to do well is drink coffee!

Flight out of Greenville, time to end my travels

The moon was rising rapidly over the hills just east of town: a full, translucent moon, tinged the color of peach sherbet. She could still make it if she hurried.

She sped up the steep hill toward the park, taking care not to ram into any oncoming cars on this aged, labyrinthine incline. She imagined this might have been an ancient Greek path, or a winding Italian road, not a private drive in a small American beach town.

Peeks of the forthcoming sunset dappled across her eyes, blinding her as she turned a corner. No matter, she knew the way. How many times had she gone up this hill? She had been distracted tonight and had almost missed the sunset—a mistake she would have regretted—considering the rarity of such a clear day coupled with of a full moon rise.

At the top, she had no problem parking. This place was a secret that only photographers and hikers relished. The tourists were busy taking pictures down below, on the pier or the beach. But the few people atop Grant Park hill knew better. She hiked up the hill just a bit, to her favorite vantage point. She wanted to make sure she could see both the moon and the sun in her peripherals.

The sun was gliding delicately into the ocean, deepening the colors of the horizon with each second that passed. It was glorious. Each of the five Channel Islands seemed to hover just over the water, glazed in a majestic deep lavender. There were a few sleek clouds—probably jet contrails—drifting above the islands, refracting all different colors in their delicate streaks of condensation.

Looking across the valley, through speckled browns and greens—tiny houses and tiny lawns—the sky seemed to suspend the moon as if it were being risen by an invisible string; a slow, methodical, even-tempered moon, smiling over the sleepy beach town that it protected by night.

By now the sun had slipped below the definitive line of the Pacific Ocean, but the show was far from over. Once the sun went down, the colors seemed to deepen across the horizon. Where there had been a faint blue sky there was now a deep purple cast, where slight, bright specs of outer space began to poke through the blanket of atmosphere known as night.

The moon kept on its trajectory over the North Eastern side of the city, sleepily floating up, up; it was ascending to its throne above, watching over the people as they dreamed away their long winter’s night. The days would be getting longer now, promising more light and warmth and sustenance.

She took a deep, methodical breath as she waited until the moon was no longer a giant orb on the horizon and was firmly seated in the sky above.

What promises this night had made. What dreams had been put to sleep to linger over, to wake up to. It was sunsets like these that reminded one of the precious gift of life in a world full of chaos and pain.

She would remember this night always: a perfect mid winter equinox.